Mississippi: The Microcosm of America (Paperback) 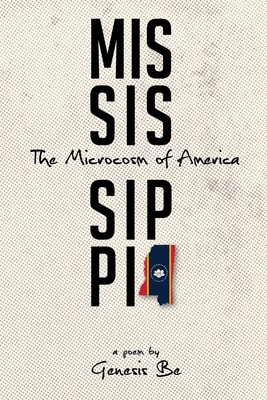 Dedicated to the memory of Emmett Till

In 2016, a young rapper from Mississippi captivated America with a bold theatrical protest against the Mississippi State Flag. The protest went viral. The resulting backlash and press, threw her into the ongoing fight to remove the Confederate emblem from the Mississippi State Flag. Publications such as The Associated Press, New York Times, NY Daily News, ABC News, VICE Impact have featured her, sharing her message of racial healing, gender equality, and youth empowerment. She is the subject of Mississippi Turning (2022) a documentary produced by Breakout & Moral Courage Project. She continues to facilitate civil discourse to improve race relations in her home state Mississippi.

While on a National tour with Vote Common Good, Genesis created her definitive piece "Mississippi: The Microcosm of America." The poem would go on to be featured by multiple press outlets, performed in 30 states and served as a call to action in the fight for voting rights and ending white supremacy.

In 2020, her collaborative effort saw a historical victory when Mississippi changed its State Flag after flying over 120 years.

Genesis Be has recently completed two college tours and two National tours wherein she explores the threats and media push back for her grassroots efforts to unite young Mississippians against White Supremacy. She is also giving audience members tools and exercises to help engage those with opposing views to manifest a solution based outcome, rather than just fighting online. Her intersectionality as a biracial queer woman of color from the deep south, allows her to explore and express concepts that audiences have deemed an extraordinarily "unique and compelling lens."