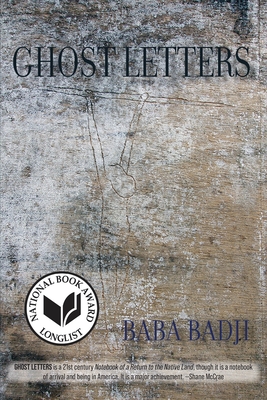 Each of these brilliant epistolary poems is a surrealist landscape-blurred beginnings, sorrowful endings, archetypes tangled in the roots of trees-where everything is held together by a speaker who is reading letters culled from a just-opened time capsule. Each poem captures the complexity of the interwoven effects of distance, of loss, of the intricate links to the never-ending African diaspora. And behind each is the Mother-as land, as bloodline, as birth, as the lightning strike that indelibly scars the earth's surface. Reading them is like seeing a forest on fire through an unwavering lens: the splintering, the displacement, the metallic rasp of time as the trees are erased. The effect is mesmerizing and lacerating: "There is no hymn, just history, history." -Mary Jo Bang

France's colonial rule casts a long shadow over Senegal, where the official language of the state and educational system remains French, despite the fact that only twenty percent of the male population regularly speak it, and as little as one percent of the female. The poems in Ghost Letters, written partly in French, partly in Wolof (Senegal's most widely spoken language), and predominantly in English, both reflect the poet's multilinguistic background and, more importantly, contend with the historical, cultural, racial, and personal traumas that inform that background. "I am trying to recover from stings poisoning my tongue," Badji writes, "I am trying to recover from a disease whitening my black skin." With its startlingly urgent, affect-laden verse and prose, Ghost Letters is a rare achievement-one whose formal complexity demonstrates not only the poet's remarkable technical skills, but survival skills as well. -Timothy Donnelly In Ghost Letters, one emigrates to America again, and again, and again, though one also never leaves Senegal, the country of one's birth; one grows up in America, and attends university in America, though one also never leaves Senegal, the country of one's birth; one wrestles with one's American blackness in ways not possible in Senegal, though one never leaves Senegal, the country of one's birth; and one sees more deeply into Americanness than any native-born American could. Ghost Letters is a 21st century Notebook of a Return to the Native Land, though it is a notebook of arrival and being in America. It is a major achievement. -Shane McCrae
Baba Badji is a Senegalese-American poet, translator, researcher, and PhD candidate in Comparative Literature at Washington University in St. Louis. He came to America when he was eleven years old. He currently lives in St. Louis, but his permanent home is Senegal, where his extended family remains, and New York City.