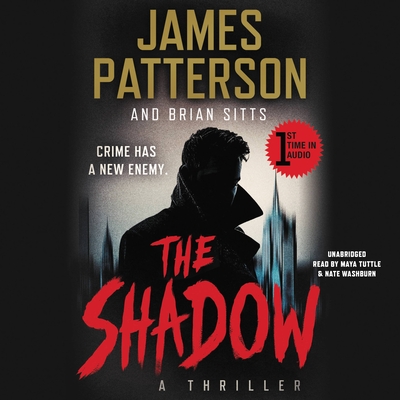 In this explosive detective thriller, a 1930s vigilante finds himself in the late twenty-first-century where he teams up with a mysterious teenager, whose looming secrets may impact both of their futures.

Only two people know that 1930s society man Lamont Cranston has a secret identity as the Shadow, a crusader for justice. One is his greatest love, Margo Lane, and the other is fiercest enemy, Shiwan Khan. When Khan ambushes the couple, they must risk everything for the slimmest chance of survival . . . in the future.

A century and a half later, Lamont awakens in a world both unknown and disturbingly familiar. The first person he meets is Maddy Gomes, a teenager with her own mysterious secrets, including a knowledge of the legend of the Shadow.

Most disturbing, Khan's power continues to be felt over the city and its people. No one in this new world understands the dangers of stopping him better than Lamont Cranston. And only the Shadow knows that he’s the one person who might succeed before more innocent lives are lost.

James Patterson is the world's bestselling author. The creator of Alex Cross, he has produced more enduring fictional heroes than any other novelist alive. He lives in Florida with his family.